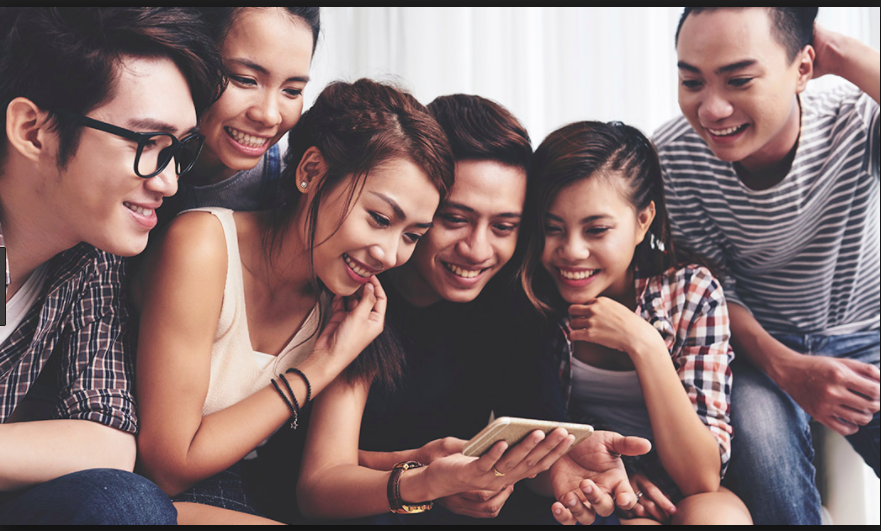 Segmenting consumers by generations is an American practice that has spread by imitation to other countries including India. Which in itself is reasonable and good. The problem arises when the characteristics of the generational segments as defined by  American psychologists and marketers are taken as applicable to generations in India in a wholesale fashion leading to a real dereliction of professional practice.

In the US, Pew Research has defined this generation as those born after 1996 and before 2011. There is no consensus yet on a label for this generation. Currently, Generation Z seems to have the most currency.

If we are to apply the same generational age groups in India than the relative size of the different generation, based on the 2014 NRS, would be as follows:

Generation Z in India is more than 25% larger than the Millennial Generation. And as India’s economic upward mobility continues, the socio-economic profile of the Generation Z cohort will also improve with many more entering the affluent and middle class segments signified by NCCS A and B.

Marketers need to invest in figuring out the Generation X consumer.

What is their world-view? What are their hopes and aspiration? Their attitudes to entertainment, mass media, social media, fashion, technology, food, consumption-in-general, brands, advertising etc. In what significant ways is Generation Z different from Millennials?  What are the similarities?

Answers to these questions will be key to crafting  business, brand and marketing strategy for the next decade.

It might be useful to benchmark India’s Generation Z with  Generation Z in the US. This is because the amount of consumer research coming out of US is significantly more, early and publicly available than research from any other market.

The recent surge of protest from teenagers in the US after the horrific shooting incident in a Florida school has had commentators beginning to perceive significant departures in the psyche and outlook of Generation Z than that of the Millennials in the US.

They see Generation Z in the US to be more entrepreneurial and activist in their outlook than the Millennials.

The entrepreneurial spirit among the Generation Z has been attributed to, by some experts in the US, the fact that this generation is coming of age in better economic times. Underlining the assertion that generational segmentation is more an art than a science , is the fact that some other experts in the US explain the entrepreneurial spirit from the opposite pole. The crash of 2008 and the subsequent recession has made the Generation Z thriftier than the Millennials, less sure about the job market and less inclined to see higher education as the means to financial security.

The increased activism of Generation Z  in the US is being attributed to, what experts believe, a greater acceptance among teenagers in US of diversity in race, sexual orientation and of gender fluidity. This outlook is fed by greater exposure to diversity at homes, schools, on the playground, at work and on social media. The propensity for activism is also fed by their confidence in their power to mobilise and organise using increasingly powerful social media tools.

The chief causal factor that could drive the similarities between Generation Z in the US and Generation Z in India would be the impact of social media as India leapfrogs in terms of broadband and smartphone access to levels comparable to the US.

Currently there is very little reliable, publicly available research or even commentary on the attitudes and behaviour of Generation Z in India.

Most marketers and psychologists in India would admit that Generation Z is likely to be very different from the Millennials and are conscious of the trap of thinking of Generation Z as Millennials-Lite or Millennials-Hyper.

Will Generation Z in India be more activist, more entrepreneurial than Millennials in India? Perhaps.

A counter hypothesis is that the attitudes regarding social consciousness and activism among Generation Z in India  might actually be the opposite that of Generation Z in the US.

With rising affluence and exposure, expectations are also rising. Parents want their children to achieve more. Even children want more – more and better consumption and more and better career prospects. This has lead to intense competition and scramble for resources in a society which as of now remains resource-constrained.  Will this lead to a Generation Z in India more intensely focused on getting ahead materially and not very concerned or active about social issues?

One area we could be reasonably sure of is the effect of the ongoing Internet and consumer technology revolution on Generation Z.

Millennials are much more multi-tasking than Generation X  – perceiving and processing information from multiple sources at the same time. This ability to multi-task would likely be multiple times higher in Generation Z as they are the first generation to grow up from birth with pervasive and easy Internet access.

Effective communicators, entertainers and marketers to Generation Z will look beyond the seemingly low attention spans of Generation Z to their ability to process information faster from more rich media sources.

In conclusion, it is important that the Indian business and marketing community, in today’s times of accelerated change, invests in gaining a deep and continuously replenished understanding of the three generations that form the bulk of the Indian consumer market – Generation X, the Millennial Generation and Generation Z.

There are some leading consumer marketing company that invests in proprietary research of the above kind. However an available-to-all syndicated study that periodically provided in-depth profiles of the generational segments and sub-segments would be a useful addition to the business and marketing ecosystem in India

IMRB’s TGI is one such option. But it has some limitations.

It is quantitative study done twice a year. It might fall short in today’s world where trends arise, gather momentum and fade way in a matter of months.

Also, it is  an established fact of modern-day marketing that a winning strategy for brands is to discern early trends at the fringe that have mainstream possibilities and project them to their brand’s advantage (more on this in a later post). For example, the comeback strategies of Burberry and Old Spice where anchored in the “lad” sub-culture in the UK and the “hipster” sub-culture in the USA respectively. Burberry and Old Spice picked up early on the potential of these fringe sub-cultures because they had their ear to the ground.

What is needed is a syndicated research platform that a) marries the unstructured, interactive nature of qualitative research with the robustness and projection abilities of quantitative research and b) is continuous in nature being presented in a dashboard form that could provide subscribers with insights, supported by rich media, almost on a daily basis.

At Aqumena, an embedded advisory and strategic research company, we have been exploring ways to do this for years now. The challenge was to find a reliable and cost effective way to do this. We are glad to report that we have now identified a cost-effective technology platform and are in the process of putting together a business plan and a team of strategic investors. More about this in a later post.

Some traditional marketers scoff at generational segmentation. They aver that the young across all generations have the same basic needs, wants and desires. And the same holds for other life stages. My belief is that while the basic outlook that age determines is the same across all generations, the intensity, means and flavours that express this outlook are driven by the gestalt of the times which is different across generations. Much like in a pizza where the base is the same but it is the toppings which make all the difference.